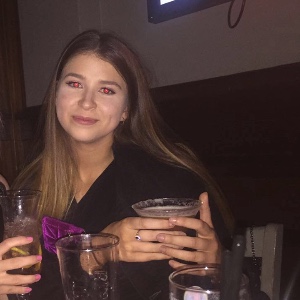 GlamGeek Hobbyist
JenO doesn't follow you yet
Hi! Just a quick one not exactly beauty related.. just that I hope you're coping in this crazy time and using this time to truly pamper yourselves and recharge. I'm finally back after what feels like a lifetime. Life just keeps throwing lemons! Today is gonna be filled with creating mannnnnyyy reviews and I cant wait!! Lots of love and Stay Safe X
2 likes 1 comments 77
GlamGeekClaire and LJ25 like this.
like comment
Login to post comments or ask questions.
Waterproof?!.... WTF
Personally I thought this eyeliner was a waste of money. I don't rate it at all, I know this is a popular eyeliner(the reason I bought it) however I didn't find it was waterproof in the slightest! I've tried this product several times and just found so many different problems to be happening. First there was the transferring to the under eye occasionally, which no body wants do they. It also seemed that when I did a winged eyeliner, 2-3 hours later it would have managed to crumble off into nothing?? However the applicator was one of the biggest problems with this product, it is the hard, cheap END_OF_DOCUMENT_TOKEN_TO_BE_REPLACED applicator that is most common but it is blunt at the end with bits of fluffy fabric hanging off the end, and as you can imagine it made my winged liner take 10 times longer than usual, and even then it resulted in a streaky mess. Personally I wouldn't purchase again as there are way better eyeliners out there, some even cheaper than this.
Would not buy again
My rating:
1
5 likes 0 comments 61
GlamGeekClaire, MakeUpGeek and Amestarz and 2 others like this.
like comment wishlist+ buy
Login to post comments or ask questions.
Good for a Budget
Originally I bought this for the bronze highlight type shade on the bottom right... and to be honest it wasn't the product that amazed me the most. The price of this product for the pigmented, wide range of colours you receive is outstanding. The shades range from warm toned to cool toned bronzers with 3 highlight shimmers and a pink and yellow powder which I assumed was setting powder or matte highlight. Personally, I found that it occasionally clung to my dry patches or blemishes in that area and it took a bit of elbow grease to blend out if there is a harsh line or too much product. The con END_OF_DOCUMENT_TOKEN_TO_BE_REPLACED tour shades are highly pigmented so I found a little does go a long way with those. The highlighters were very pigmented however the baked sort of ice shade is chunkier glitter and it gets e v e r y w h e r e. It is very hard to apply not streaky and I ended up giving up on that almost instantly, as every time I tried I looked like a glitter ball... The matte yellow and pink shades.. If i'm honest I didn't and still don't understand the purpose but I just used for an emergency under eye setting powder and it did the job. I wont be buying again just because I have others that I reach for more, however it is a great product for the price!
Would not buy again
My rating:
4
4 likes 0 comments 307
MakeUpGeek, Amestarz and nikola300 and 1 others like this.
like comment wishlist+ buy
Login to post comments or ask questions. 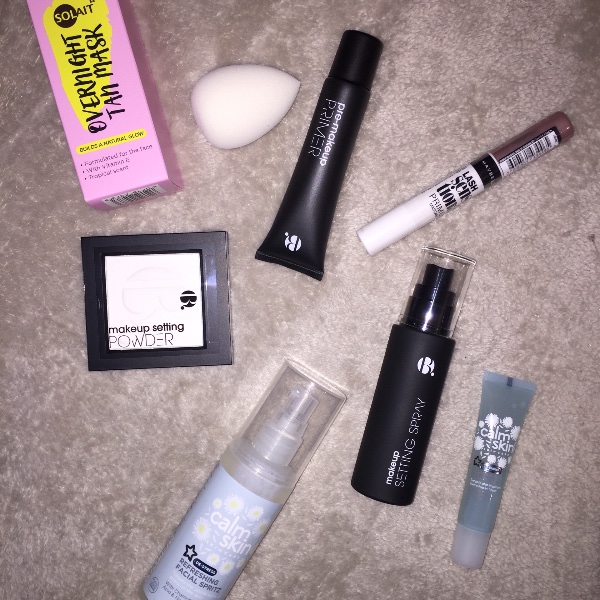 Went a tad crazy at work today... reviews for it all coming soon!!Xx
4 likes 2 comments 61
GlamGeekClaire, Amestarz and nikola300 and 1 others like this.
like comment
Login to post comments or ask questions.
Staple!!
If you love glitter... this is the one! I bought 3 colours and they are the best glitters I own!! They have a fine but not milled texture that somehow captures the light so perfectly it’s unreal!! Paired with the glitter glue NYX also sell, it stood the test of time of 48 hours at Leeds Festival! And no joke looked as perfect the day after as it did the day before! I love these glitters and think if you’re expanding your makeup collection and creating bold looks, these are definitely a necessity!! The price tag is nothing compared to how long they last either! Nothing bad to say at all
Would buy again
My rating:
5
7 likes 0 comments 63
GlamGeekClaire, MakeUpGeek and Wadey83 and 4 others like this.
like comment wishlist+ buy
Login to post comments or ask questions.